Are you ready, America? On Thursday morning, at the ungodliest of early morning hours (PT), former FBI director James Comey will testify in front of the Senate. The question on everyone’s mind is if Comey believes the President committed obstruction of justice by asking him to stand down in his investigation of disgraced former National Security Adviser Michael Flynn.

Everything about this moment feels like the UFC pay-per-view version of American history. Right down to the part where I fully expect the Hooters I eat breakfast at each morning will impose a bullshit cover charge just to get in the door on Thursday. So, it should come as no surprise that Comey’s impending testimony is the first topic of discussion on this week’s Unpopular Opinion podcast.

That’s not all we talk about, though! James Comey isn’t the first person to give dramatic testimony in front of Congress. We talk about a few more examples on the show. Also, I’m going to talk about even more examples right damn now in this column. Here goes!

In 1971, a group called Citizens’ Commission to Investigate the FBI goddamn broke into an FBI field office and stole several dossiers full of information about a super duper shady program known as COINTELPRO, which is short-ish for “Counter Intelligence Program”. After the info was passed on to several media outlets, the public learned all sorts of unpleasant details about how J. Edgar Hoover and the FBI were spying on American citizens and maybe conspiring to assassinate foreign leaders. 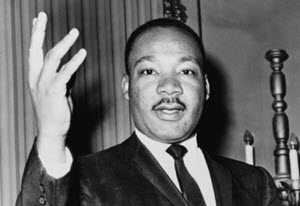 But definitely not assassinating American leaders.

The outrage was palpable. Democratic Senator Frank Church was so bothered by the news he formed a committee to look into the matter. Now, right out of the gate, I accept that I’m cheating a bit with this one. What you’re about to watch does not in fact happen in front of Congress. The miracle of zero editorial oversight is what that is. Still, this video of Frank Church discussing his committee and its goals on Meet The Press is unspeakably chilling:

If for some reason you can’t watch the video, here’s the game winning quote from Church:

“If this government ever became a tyranny, if a dictator ever took charge in this country, the technological capacity that the intelligence community has given the government could enable it to impose total tyranny, and there would be no way to fight back because the most careful effort to combine together in resistance to the government, no matter how privately it was done, is within the reach of the government to know. Such is the capability of this technology. I don’t want to see this country ever go across the bridge.”

Creepy! The Church Committee did manage to enact a bunch of laws meant to keep us safe from unwarranted government surveillance. Unfortunately, that all got undone when we passed the Patriot Act after 9/11. As of right now, we’re right back to where we were when Frank Church was so worried. Good thing we don’t have an obvious tyrant in office, huh?

What happens when you get seven American tobacco executives in the same room at the same time? They lie. A lot. That’s what the country learned on April 14, 1994. On that day, executives from the seven largest American tobacco companies were questioned for more than six hours by members of the House Energy and Commerce Subcommittee on Health and the Environment.

By the time these hearings happened, public opinion had already started to turn against the tobacco industry. So much so that there were legitimate fears that cigarettes would be banned altogether. As if the countless science and news reports about the negative effects smoking has on your health weren’t enough to upset the public, big tobacco was also coming under fire for advertising that some felt was geared toward making smoking look more appealing to kids. 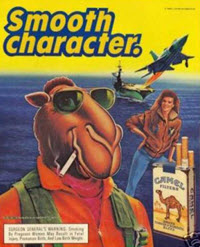 This apparently included an about the best way to pick up women. It suggested going to the beach and dragging them from the ocean while pretending to save them from drowning. The executive who had to answer for that atrocity was fairly honest about it, so that’s nice. However, at several points throughout the testimony, the executives were queried about the ill-effects of smoking. They just straight up lied every time. The most television-friendly moment happened when all seven were asked point blank if they believe nicotine is addictive.

Every single one replied that they did not believe nicotine is addictive. Weirdly enough, all seven would later add that, even though they were convinced that tobacco was safe, they still wouldn’t want their own children to smoke. Go figure.

You guys ever heard of Watergate? That’s jokes. Of course you have. It’s the most famous scandal in presidential history. For now.

If you are somehow unfamiliar, the short version is that in the run-up to the 1972 presidential election, a team of burglars was arrested inside the Democratic National Committee offices in the Watergate building in Washington. It was later revealed that members of the Nixon administration conspired to illegally sabotage the opposition party.

At that point, there was only one question anyone wanted answered. What did the President know, and when did he know it?

That’s precisely how it was worded when Republican Senator Howard Baker asked it during the ensuing Watergate hearings. Was a sitting United States President complicit in tampering with an election? Did he commit obstruction of justice by trying to block investigations into the matter? That’s what we wanted to know then, and it’s what we want to know now. The only difference this time is that there’s also a hostile foreign government involved, so it’s significantly worse. If you think otherwise, you’re probably a Trump-supporting commie. Hey! Speaking of that!

Another really famous one here. Senator Joseph McCarthy was a power hungry monster who made the United States an awful place to be for a while just to further his own agenda. Even worse, he did all that under the guise of keeping the country safe.

In other words, he was exactly like countless politicians who came before and after him. His preferred method of evil was sniffing out Communists, and he was damn good at it for a lot of years. 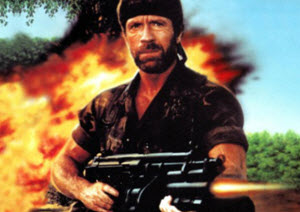 That all changed with the Army-McCarthy hearings. These hearings saw the Senator turn his Red Scare attention to Army security. Being the Army and all, they decided to fight back and accused McCarthy of using his influence to garner preferential treatment for a staffer of his who’d been drafted. Drama!

What really made this hearing different, though, was television. Army-McCarthy was among the first televised congressional hearings. More importantly, it was the first time the American people were able to see McCarthy’s tactics in actions. In one famous exchange, Army chief counsel Joseph Welch was grilled repeatedly about a young associate at his law firm who was allegedly associated with a group that the FBI wanted to designate as an enemy of the state. Finally, out of pure frustration, Welch delivered the line that would ultimately convince the public that Senator Joseph McCarthy was a gigantic piece of human trash: “Have you no sense of decency sir?”

With that, McCarthy was on the road to doom. Those hearings happened from April to June of 1954. By December of that same year, McCarthy was censured by the Senate and his crusade to “fight Communist influence” was over.

If you’re looking to pinpoint the exact moment in American history where we collectively stopped caring about facts and switched to only caring about team we’re on, the Iran-Contra scandal would be a great choice. It should have been a Watergate-level debacle for Reagan, but it wasn’t. Reagan supporters just wanted jobs, man.

As the name implies, it was two gigantic scandals rolled into one. First, a good portion of the Reagan presidency revolved around “the Reagan Doctrine”, which mandated that the main objective of the United States was to fight the spread of Communism, anywhere it tried to take hold. Of course, our military can’t be everywhere at once. So, a lot of the objectives of the doctrine were achieved by funding groups that opposed Communist regimes abroad.

Among these groups, the Contras in Nicaragua were Reagan’s fave. 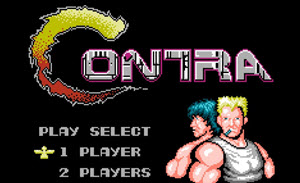 Thanks for the video game memories, American political scandal!

He funneled millions to them during the early years of his presidency.  When the Democrats swept the 1982 congressional elections, they put a halt to that shit.

Around this same time, Iran secretly approached the United States hoping to buy weapons. The problem there was that an embargo we’d placed on Iran for, you know, sometimes stealing our people and not giving them back, made selling arms to Iran highly illegal.

Nevertheless, National Security Adviser Robert McFarlane approached Reagan hoping to get the deal approved. Reagan signed off on it, for some reason. The popular belief is that he did it hoping it would lead to the release of seven Americans who were being held hostage by Iran at the time. This ran counter to not only his publicly stated belief that Iran was a house of evil, but also his sworn promise to not negotiate with terrorists. Oh! And if it was an “arms for hostages” deal, it didn’t work. Three were released, but those three were quickly replaced by three more.

But wait! It gets worse! In the course of investigating all this, someone noticed that $12 million of the $30 million Iran paid somehow never made its way to the government’s books. Enter Oliver North. When asked about the discrepancy, he explained that the missing $12 million was funneled to the Contras. This was done at the behest of his direct supervisor and, he presumed, with the full blessing of the President.

With that, a committee was formed and lots of people had lots of explaining to do. Oliver North’s testimony in particular was the television event of the year.

And when it came to Reagan supporters, none of it mattered a single damn bit. Quite the contrary. People loved Oliver North. Somehow, not remembering if he shredded documents made him a conservative darling. Meanwhile, the Iran-Contra scandal had zero impact on Reagan’s approval rating. In fact, he left office with a higher approval rating than almost any other President in history.

So, if you’re wondering which of the many available scandals will ultimately undo the Trump presidency, the answer could be “none of them”. Here’s hoping James Comey doesn’t let us down tomorrow.