Explore Los Angeles (and occasionally other cities) with host and comic Vanessa Gritton. Two people take a walk to an interesting place. Then they talk about that place.

Raves
March 9, 2018
Nes and Jess talk to comedian Kevin Anderson about being that guy who goes to raves. Listen now!

The Hollywood Canteen
March 2, 2018
Nes and Jess talk to comedian Katie Merriam about the Hollywood Canteen, a former LA landmark where military men and women were waited on by the biggest entertainment names of the day. Listen now!

Comfort Foods From Home
February 23, 2018
Vanessa and Jessica talk to Anna Valenzuela and Cindy Aravena (from the Brujaja Podcast) about foods that make you miss home when you’re sick (or just homesick). Listen now!

India
February 9, 2018
The girls sit down with Sameer Suri to talk about India, history, the desire to eat post tragedy and the cruelty of third world tailors. Listen now!

Road Trippin’
February 2, 2018
Nes and Jess meet with husband and wife, tattoo artist Emily Effler and comedian John-Michael Bond to talk day trips, the Madonna Inn, things to do when you have 12 hours in a new city and following strangers into the desert. Listen now!

Sacramento With Nadav
January 26, 2018
Nes and Jess meet with Nadav Fleisher to talk about wandering around someone else’s home town during the holidays, prison shanks, fish hatcheries, Folsom Prison and how Nadav almost ruined Vanessa’s life with a katana. Listen now!

Social Dates with Aubrey
January 19, 2018
Vanessa and Jess meet with comedian Aubrey Jacobowitz to discuss her month of coffee dates. They discuss how to be social when you’re dealing with anxiety, putting yourself out there and giving yourself the same courtesies you give others. Listen now! 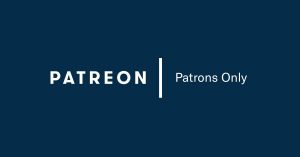 Let’s All Go To The Library
January 3, 2018
It’s Jessica Singer’s first episode as co-host! Vanessa and Jess meet with LA Meekly’s Greg Gonzales to talk about the Brand Library for arts and music, scholastic book fairs, the most overdue books in the world, local resources and the worst ad read by far. Listen now!

Everything is Gnarluminated
December 8, 2017
Vanessa is joined by Chris Crittenden to talk how everything is a skate spot when you’re bored enough, Vanessa’s incessant sneezing, and how skate video music influenced us. A Patreon Exclusive!

Frank and Son’s
November 16, 2017
Atif Myers joins Vanessa to talk about their recent trip to nerd flea market Frank and Son’s and to chat about collectibles, comic books, amine and more. A Patreon Exclusive!

A Very Guinea Episode
November 7, 2017
Vanessa meets with lunatic and comedian David Rosenberg to talk all things guinea pigs and the current rescue crisis at the LA Guinea Pig shelter before David goes on a million tangents about rodents, bananas and his Jewish family. This may be the weirdest episode to date.

Nadav and the Underground Dodgeball League
October 17, 2017
Vanessa and Nadav get together to discuss the Sandlot-ian dodgeball game of his youth, why grownups are weird and angry sometimes, and why Adam is so f***ing wrong about apples, red delicious are terrible mush, ADAM. Listen now!

Meltdown Comics
September 26, 2017
Vanessa and 2/3rds of the This is Rad trio sit down to talk about the magic of Meltdown, finding the other weirdos in the world, the importance of having an open mind about passions and hosting an open mic. Listen now!

Coral Castle and Other Monuments To Eccentricity
September 12, 2017
Vanessa meets with John Fahy to discuss the Coral Castle, the weirdest shit they’ve ever done for love, empty millionaires and the life’s works of weirdos on display. Don’t miss it!

OC Theme Parks
September 5, 2017
Vanessa meets the Mean Boys to discuss growing up in areas with no culture, roller coaster accidents, why Keith was twice fired from Disney and more. A Patreon Exclusive!

The North Carolina Hardcore Scene
August 29, 2017
Vanessa meets with Brian Cox and emergency sound guy Kasey Clark to discuss why Waffle House is the greatest dining chain of all time, the hardcore scene in North Carolina, and why no one does bloody marys or hospitality like the south. Listen now!

The State Of Texas
July 25, 2017
Vanessa and Madison Shepard talk about the parts of Texas y’all haven’t heard about, being shaped by your community and why donuts are the best host gift. A Patreon Exclusive!

The Steampunk Cafe
July 21, 2017
Vanessa and Erik Barnes talk about the Steampunk Cafe where everyone knows your name, why making friends as an adult is hard, the history of the “BYAAAA” soundbite and how to find your “third place” in the world. Listen now!

Who Should Run for President Next?
May 3, 2017
Vanessa almost suffers a stroke when special guest Chet Wild takes her on a tour of the infamous Culver City Stairs. Listen now!

Pink’s Hot Dogs
April 19, 2017
Comedian Kevin Anderson and Vanessa sit in her car in the parking lot of a Pink’s Hot Dogs and talk about the best late night eats in Los Angeles. Many bad impressions happen.