Hey guys and not guys! Did you listen to The Monday Show today and find yourself wondering where you might find more information about the stories we talked about? If so, good news — you’ve somehow landed in the exact right spot! You should write maps, wizard!

Anyway, if you’re unfamiliar and just stumbled upon this article blindly, The Monday Show is one of the many fine shows available over at the Unpopular Opinion podcast subscription site, where we dole out an astounding 8 – 10 podcasts each week, all for the criminally low price of just $4.99 per month. You should check it out sometime!

On The Monday Show, we talk about all sorts of current events and news stories, broken up into quirky little segments that are separated by music and everything. It’s quite a production. What did we talk about this week? Glad you asked!

Did someone awful die recently? If so, you’ll hear about it on a segment we call “Grave Dancing”! This week, we discuss Henry Heimlich, who passed away last week at the age of 96.

The name should sound at least vaguely familiar on account of how he’s the man responsible for bringing the life-saving technique known as “The Heimlich Maneuver” into existence. It’s saved untold numbers of lives of choking victims, even if the Red Cross recommended technique of “repeated blows to the back” sounds like it would be significantly more fun to administer. 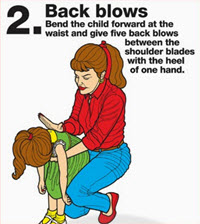 That said, even with the resuscitative benefits of his maneuvers taken into consideration, Henry Heimlich was kind of piece of trash. For one thing, once he sold the world on the Heimlich as the go-to fix for choking, he embarked upon a bunch of strange campaigns to expand its use to things like drowning and asthma, causing his fellow doctors far and wide to nearly choke on their own vehement objections.

He also managed to solicit hundreds of thousands of dollars in funding from Hollywood actors to conduct highly controversial AIDS treatment experiments on human subjects in China and Africa. Why those two countries? Because they’re the only ones that would let him carry out his wacky plans without peer review, control groups, or any of the other safeguards we’ve put in place over the years to help ensure science doesn’t kill people.

As for the wacky plan in question, it was called “malariotherapy” and it involved injecting HIV+ patients with actual malaria in an attempt to kick start the immune system. It was based on a Nobel Prize winning technique to fight neurosyphilis developed in 1917 by Austrian physician and avowed Nazi sympathizer/racial cleansing enthusiast Dr. Julius Wagner-Jauregg.

As evidenced by the fact that AIDS is still very much a problem in the world, Heimlich’s other attempt at a life-saving maneuver didn’t work, and a lot of people suffered as a result. His work in the years since the Heimlich Maneuver brought him to fame is so controversial, even his own son eventually embarked upon a campaign to discredit his dad’s work.

I know the title of this segment sounds a little porn-like, but I assure you it’s not. Instead, it focuses on those incidents in life that make a person throw their arms in the air and let out an exasperated cry of “fucking white people!”

This week, the subject is a young man who jumped onstage at a Kendrick Lamar concert in Brooklyn recently to spit some freestyle rhymes.

The war crimes start right around the 22:45 mark of the video, and I think you’ll all agree they’re worthy of inclusion in this segment, even before the part where he mercifully gets booed offstage.

Segment 3 – “Spooooooky!” with a Dead Woman Who Keeps Winning Jeopardy

We call this segment “Spoooooooky!” because it’s supposed to be about creepy things happening in the world, but in all honesty, this one is just kind of sweet. A women with stage 4 cancer competed on the television game show Jeopardy recently. Her episodes are airing now, and she’s winning a shit ton of money. Unfortunately, she passed away before the episodes aired. Her winnings are going toward cancer research. It’s an amazing story that you can read about here, or even better, listen to us talk about it on The Monday Show. Click here to sign up and start listening now!