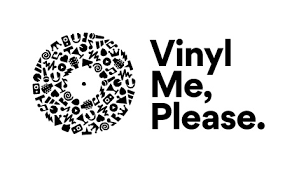 Conspiracy theories, ghosts, aliens, and amusement park disasters — all in one place. Hosted by comedians Adam Tod Brown, Caitlin Cutt, and Kari Martin, Pretty Scary takes a look at all those downright weird happenings from the crime blotter.

Adam Tod Brown and the Unpops crew drop about ten fresh episodes of comedy gold per week. What makes this podcast network special is Brown’s knack for pulling in young and hip comedians from the L.A. scene to host unique shows.

THE BEST COMEDY PODCASTS ON EARTH

“It took them forever to understand this, but they do morning radio and morning TV, and what’s the actual conversion rate on that?” Wild says. “Not very much. Meanwhile, I’m doing this thing through a podcast network that gets thousands of dedicated listeners every week. If you search #FastballAtChets on Twitter, at least 75 percent are related to my podcast, and have gone to see the band on their tour, and made #FastballAtChets T-shirts that have been sent to me.”

Adam Tod Brown is so unafraid to express his opinions that he even created the Unpops Podcast Network as a way to share them with the world. Building on his reputation as the former editor of the popular humor site Cracked.com and host of the “Unpopular Opinion” podcast, he expounds on a wide range of topics — from conspiracy theories and untold history to the latest events in pop culture and politics — while co-hosting nine of its shows each week.

Another show that Adam Tod Brown is co-helming, in addition to running the new Unpops podcast network, is Heart Shaped Pod, dedicated to the music and the history of the band Nirvana. He and co-host Travis Clark are currently spending each episode going through the chronology of Kurt Cobain’s life, debating and dissecting how it formed the underpinnings of Nirvana.

THIS WEEK IN COMEDY PODCASTS

Pretty Scary is part of comedian Adam Tod Brown’s podcast network Unpopular Opinion, or Unpops if you’re in the know. The show is a bit of a hybrid of comedians Caitlin Cutt and Kari Martin’s White Wine True Crime podcast, and sees Brown as the straight man/host leading the banter, tangents, and terrifying crime stories. Pretty Scary sets itself apart by covering more than just classic “true crime” topics. Their episode on chemical warfare and the use of sarin gas throughout history being a great example.

Both have day jobs in marketing and their time for comedy is mainly channeled through podcasting. They are also working on another true crime show called Pretty Scary for subscribers of the podcast Unpopular Opinion. Their most enduring quality as podcast hosts to me is their humility and authenticity.

While people may know Danger Van Gorder as the vocalist/guitarist for rock band Countless Thousands, he’s also a big fan of MMA, and recently had a chance to debate the sport’s merits versus pro wrestling as part of the Oct. 15 edition of Fight! Cast! on the Unpopular Opinion podcast subscription network.

That attitude has pervaded comedy sites, too. “I feel like we need to stop looking for the comedy in everything,” said Adam Tod Brown, a columnist and podcast host at Cracked.com who warned that Trump could follow in the steps of Adolf Hitler. “I get that jokes and comedy are a way to cope with terrible things. The problem with Trump is that people went into this thinking it was comedy, and that it didn’t need to be taken seriously. It did need to be taken seriously. A threat is a threat.”

CAN SNL TAKE DOWN DONALD TRUMP? IS IT GOING TO TRY?