Adam and guest co-host Laura Crawford discuss the insane theory that dinosaurs are a hoax perpetrated by the Freemasons.

Adam interviews journalist John Potash about the death of Jeffrey Epstein, the death of Tupac Shakur, FBI treatment of the Black Panthers, and a whole bunch of other reasons why being skeptical of what the government tells you isn’t so crazy these days.

Adam and guest co-host Olivia Haidar discuss the strange death of Jeffrey Epstein, the various conspiracies surrounding it, and their potential impact on the future of this country.

Originally recorded in March 2018, available publicly for the first time, Adam and Connor review the insane Netflix documentary Wormwood, which tells the tale of a guy the CIA secretly dosed with LSD to the point he jumped out a window. At least that’s the version of events they want you to believe.

Adam talks to comedian Fizaa Dosani about the theory that the government is hiding alien technology from us because that technology could supply us with free energy forever!

Is the government about to tell us aliens are real? It sure seemed that way when we initially recorded this episode for the Unpops Patreon back in January, 2018. And it kinda seems that way right now! So we’re releasing this episode publicly for the first time! DON’T TELL THE GOVERNMENT PLEASE. 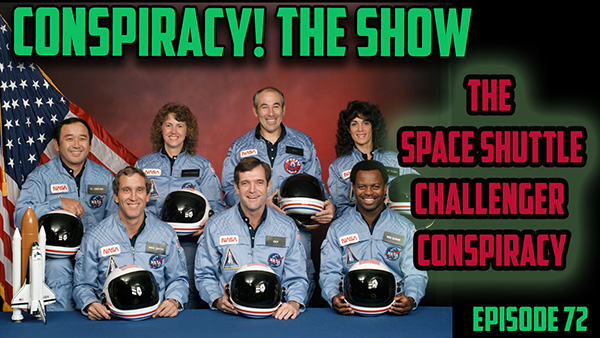 Did you listen to this week’s Conspiracy! The Show yet? If so, you’re probably here for pictures of the Challenger crew and their modern day doppelgangers. We have that! If you have no idea what we’re talking about, you should head over to Patreon to give it a listen. It’s the only place to hear new episodes! […]