Did you go to San Diego Comic Con this year? Neither did most of us here at the Unpops Network! With the exception of Jeff May, of course, because he’s a huge nerd. He spent all damn weekend there, and he came back ready to talk about it (a lot) on this week’s episode of The Monday Show:

Hey! Maybe you should give it a listen! What kind of stuff do we talk about, you ask? Well, for starters, we deviate from the Comic Con course immediately to discuss the untimely demise of Sean Spicer’s career. 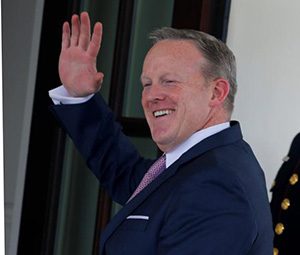 We get right back on track after that, though, by talking about all sorts of Comic Con related news. Among the topics of discussion:

Captain Marvel Will Be Fighting the Skrulls (In the ’90s)!

Marvel needs a Wonder Woman movie, and apparently this is it! The fuck are Skrulls? Listen to the show and find out (although if you care, you probably already know).

Listen, the trailer has the goddamn Iron Giant in it, so we’re already sold. On top of that, this movie looks like it will be incredibly rad. Hear us talk about it more on the podcast!

For more of The Monday Show, subscribe on iTunes. To hear it every week, subscribe on Patreon. For just $5 per month you get every episode of every show we produce, completely ad-free. Even if you just listen to half of them, it’s still the best deal in podcasts (or entertainment in general) right now. After you do all that, maybe consider following us on Instagram, Twitter, Facebook and YouTube. Thanks! We love you!