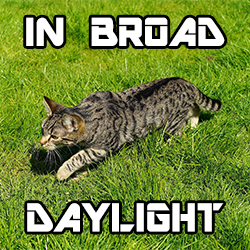 An occasional solo podcast from Unpops Podcast Network founder Adam Tod Brown. It’s mostly about Trump news that the media isn’t covering. Hopefully it will be about something else someday. Subscribe via iTunes or Patreon today!

Section 7
March 7, 2017
On this episode, Adam discusses Trump’s latest Executive Order and one especially heinous section in particular. Give it a listen now!

Immigration and the Albuquerque PD
February 28, 2017
On this episode, Adam discusses Trump’s plan to hire 15,000 additional ICE and Border Patrol agents and what their current problems filling those positions could mean for the future of immigration enforcement. Listen to it!

The Executive Orders (And You)
February 21, 2017
This week, Adam talks about the creepiest parts of Trump’s latest immigration orders that nobody is talking about. Such good times. Listen now, won’t ya?

Guess Who’s Coming To Space
February 15, 2017
Repealed regulations, guns for the mentally ill, Trump’s plan to get to the moon, and so much more. Give it a listen now!

The Book that Explains Your Trump Supporting Relatives
November 23, 2016
Hey look! It’s another episode of Adam Tod Brown’s solo show. This time around, he’s discussing the one book everyone who’s hoping to understand the mind of a Trump supporter should read. Don’t miss it!