How Many Countries Possess Nuclear Weapons?

How many countries possess nuclear weapons? We’ve been answering that very question in a two-part series on the What In the World podcast. You can check out part two right here, in fact:

We broke them up into two episodes because, in real life, the various nuclear states are split into two groups.

We covered the five legally recognized nuclear states in the first of these two podcasts. If you want to hear it, sign up at our Patreon page.

No matter what episode you’re listening to, you should totally follow along with the notes and links we’re about to post right now. Here goes! 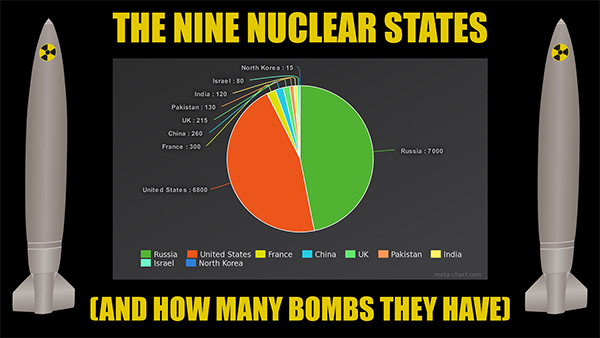 To hear ‘What In the World’ and the rest of Unpops Network shows completely ad-free every single week, sign up on our Patreon page. For a limited time only you can get all of our podcasts for just $5 per month!