Gonorrhea Is Outsmarting Us (And Other Bad News)

Do you have gonorrhea? Probably! It’s just that most people who have it also have no idea that they have it. That’s bad news, obvs. But the news actually gets much worse when you take a recent report from the World Health Organization into account. We talk about that and so much more on this week’s episode of The Monday Show, which you can listen to for free right here:

We also talk about a bunch of other things. Which makes the fact that we’ve posted links and notes relating to all of this week’s topics down below here all the more generous of us. Read along while you listen, you lazy bums!

Soundcloud Is Probably Going Out Of Business

Why should you care about this? To be honest, you probably shouldn’t. Unless you run a podcast network that’s largely hosted on Soundcloud (for free, no less). In that case, Soundcloud maybe going under soon is bad news indeed. We talk more about the details behind it and why it all matters on the show. You should already be listening by now. If you’re not, fuck you.

Gonorrhea Is Becoming Smarter And Harder To Fight

Are you the type who demands antibiotics even for the most minor of infections? If so, you’re technically part of the reason your next bout with the fire crotch might kill you. Gonorrhea has spent the past few decades becoming resistant to most (and in some cases all) antibiotics and science recently confirmed that we are absolutely paying the price for that now. Hear more about it on the show, read more about it here, maybe do both. Definitely do both.

Hey, North Korea has been testing missiles for years now, what makes this most recent test any more significant? Well, this one, at least according to some sources, was an Intercontinental Ballistic Missile, or ICBM. The “intercontinental” part means it’s capable of reaching other continents. In this case, with a range of more than 5,000 miles, this missile could reach Alaska. That’s a game changer, and not just because we have good friends living in Alaska these days. 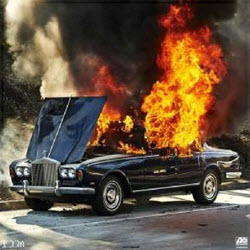 Hear more about it on the show. You had to know this paragraph was going to end that way.

To hear ‘The Monday Show’ (and all of our other shows) every damn week, completely ad-free, subscribe on Patreon. It’s just $5 per month and you get a whole lot of good stuff for that money. Subscribe now!