Fastball At Chet’s – A Blow By Blow Synopsis

If you’ve been following The Least Anticipated Podcast of the Week recently, you’re more than familiar with Chet Wild’s tireless campaign to convince the band Fastball to play a show in his living room.

Maybe you’ve even tried to follow along on social media. As well you should be, it’s been entertaining as all get out. That said, keeping track of all the peaks and valleys so far is a daunting task. There have been a lot of developments over the past couple weeks, to put it mildly. So, in the name of making it easier for you, we put together this comprehensive rundown of all the updates, complete with commentary from Chet himself. We’ll keep this article updated as things progress. Enjoy!

After weeks of talking Fastball on Unpops (and in life), I unloaded on Twitter:

I wrote “Cover request: Fastball’s ‘Out Of My Head’ I’ll explain it on Twitter – Chet” on a paper airplane and threw it on stage at a Ben Folds concert in Ventura, CA. 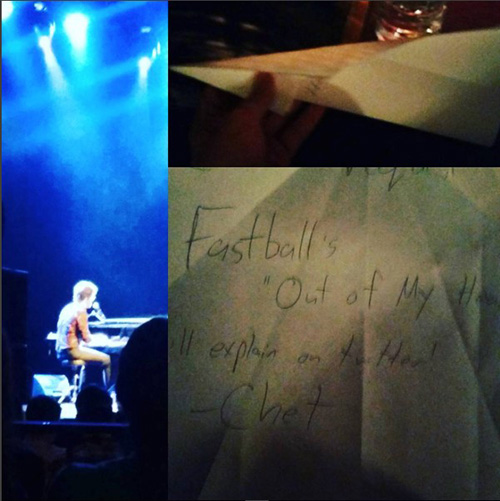 Here’s what happened next.

Turns out Ben isn’t familiar enough with the Fastball catalog to crank out an on-the-spot cover of “Out Of My Head”, so he turned the note itself into a song. That’s so much better. Fastball retweeted a video of Ben’s performance within 5 minutes (while I was still at the show, no less) and said something along the lines of “We get half.” They’ve since deleted the response. Lawyers, man.

Oh, but we’re not done. In addition to the onstage fireworks, Ben Folds was also gracious enough to record a video plea on my behalf. Check it out here.

I write on iOWest Theatre’s longest running sketch show.  It’s topical. Phil Collins announced he was coming out of retirement that week. I was asked to write a desk piece about it….. and totally hijacked it with Fastball.

Day 10 – The Unpops Listeners of Chile Demand It! 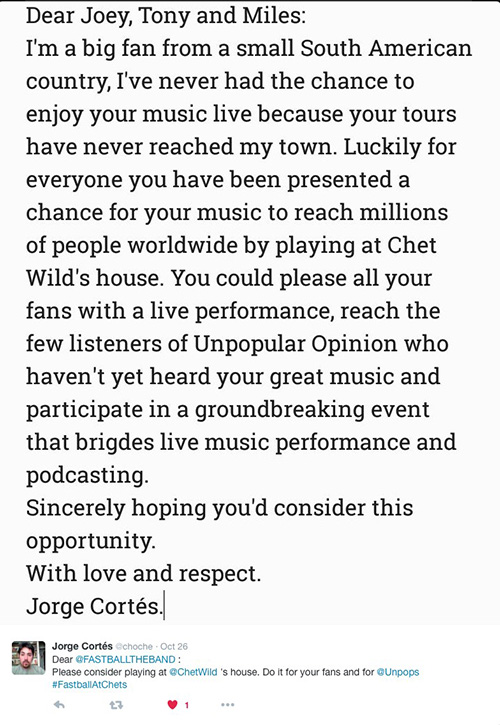 Also on this day, another fan request compels the band to reply with a fantastic question. Luckily, I have an answer: 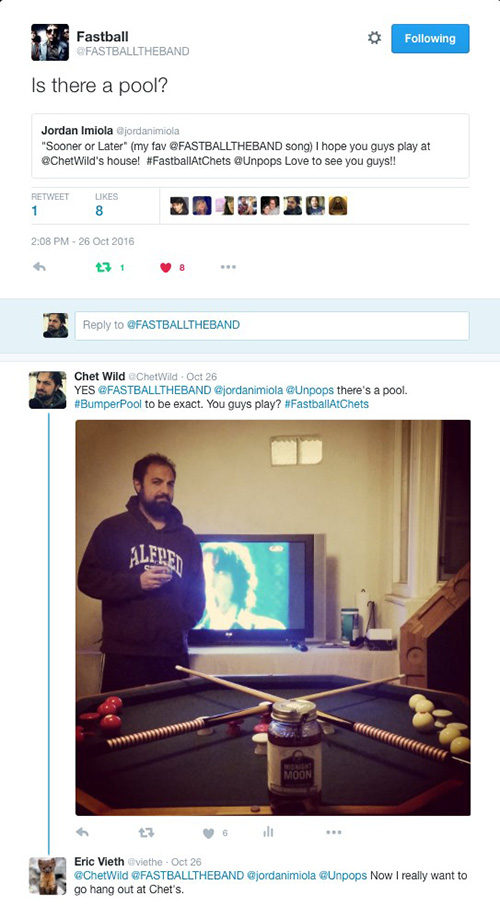 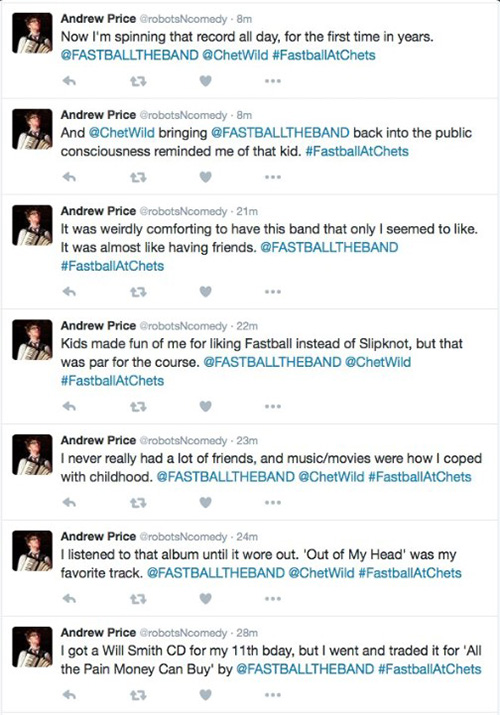 Day 13 – Zach Carothers of Portugal. The Man Chimes In 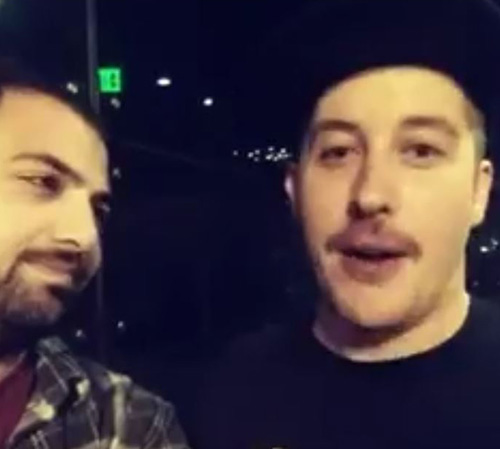 Without telling either Ben Folds or Zach what to say, they both told Fastball to “do the right thing.” Check out Zach’s video here.

Also on this day … Fastball and Chet do bits on Twitter! 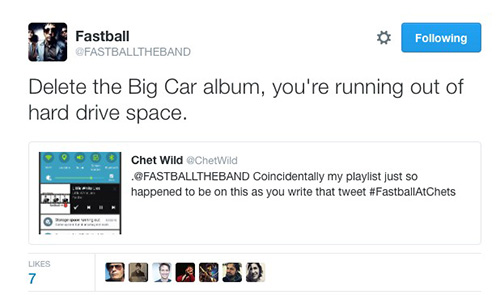 There’s more. So much more. But we’re short on time. Come back tomorrow for even more updates, including Chet singing a Fastball song while literally dressed as a fastball. Or a baseball. You get it. See you soon!