This week, we’re talking about something the world hears way too little of these days … good news. We promise you it’s all around us, it just gets buried under the torrential downpour of awful we’ve been dealing with since November-ish. 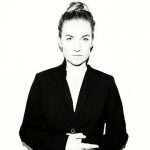 Delanie is a hilarious comic and a good friend of the show. She’s done neat things, like appearing on Last Call with Carson Daly and writing a movie for the Lifetime Network. She has a web series called Two Inches Apart. You should watch it. Also, find her on Twitter @DelanieFischer or on the general internet at delaniefischer.com. 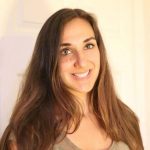 Danielle is also a hilarious comic and good friend of the show. She’s the host of the Dr. Cheesecake podcast, which you already know if you listened to episode 16, featuring our very own Adam Tod Brown. To keep up with her comings and goings, follow her on Twitter at @daniellesoto617.

Curious where stories we talk about on the show come from? If so, you’ve come to the right place! Check out Adam’s notes for the recording below, including links to all of the stories from this episode. Here goes:

All of the news is terrible these days. So every once in a while I like to do an episode that’s just about good news no one talks about or that didn’t get enough attention. For example…

As of right now, he still hasn’t deleted the tweet…

…which is my favorite part.

Those radio stations could do a lot worse.

Good Hacker News Aside, It’s Also Good News that More than Half the Internet Is Encrypted Now

Hackers don’t ruin the internet. People who don’t understand how to protect their computers from hackers ruin the internet. You should have to get a license to use the internet, just like with driving. A more encrypted internet is a good thing. There are version of web encryption that even the NSA can’t break.

Hooray for the environment. I doubt they’ll still be more than 15 percent gold or whatever that number is now, but still.

I used to live with a family that had a pet snake. It was the worst. Snake owners are the worst. Also the worst, people who gauge their earlobes to the point that the hole is big enough that a goddamn python could fit in it. This story combines all of the things above, and it’s fantastic.

Only long enough for them to clear the police department ranks of anyone they suspect of being corrupt, which will probably also happen by way of indiscriminately shooting people in the face. But still, at least drug users get a reprieve from being killed in the streets. Good news!