Donald Trump and The 5G Conundrum

Hello! My name is Adam Tod Brown, and I haven’t written anything in a long damn time. Which is crazy, because I write really good! So, as I promised in a tweet I’m sure you all saw back in January, writing is a thing I’m going to start doing regularly again in 2K18.

Look at all those likes, mama!

That’s slang for 2018, which is the current calendar year.

Sorry, like I said, I haven’t done this in awhile. I’m still feeling my way around in terms of what kind of information you people are after. I can for sure tell you what kind of information you’re going to be getting in these Monday columns, though! They’ll be all about Trump. If for some reason you still enjoy knowing my thoughts on the inevitable destruction of our nation, you’ll want to be here every Monday at this exact damn time.

Alright! With that out of the way, let’s talk about conundrums. We’re faced with a fairly huge one when it comes to Trump. At least that’s true if you’re on this side of the fence, meaning the side that sees our current president as the catalyst for America’s eventual slide into fascism.

It’s a conundrum you can find in full effect amidst the debate surrounding the Trump administration’s recent announcement-but-not-really-an-announcement about their plans to maybe someday build a national 5G network. 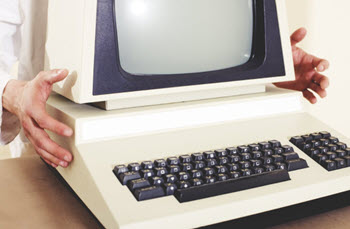 What’s wrong with the network we have now?

If you’re on the “Trump is a scary, borderline dictator” side of the country (which you totally should be because he is all of those things and more), you’re going to have an instinctively unpleasant reaction to that news. Especially when the headline on the site that broke the story reads “Trump Team Considers Nationalizing 5G Network.” We tend to associate words like “nationalizing” with dictatorships and whatnot. If you need a mainstream and/or lamestream media source to backup my claim that people are freaking out about this idea in a dystopian kind of way, look no further than this USA Today article and its super subtle “Federal 5G: An Authoritarian Approach In the Name of Safety” headline.

Even better, you can listen to last week’s Least Anticipated Podcast of the Week to hear me rant about how scary a Trump administration-run 5G network would be, among other things. That was a perfectly representative example of the kind of reaction I’m talking about. You hear “Trump” and “nationalize” and and it’s all instinct from that point.

If you also fell into a panic upon hearing about Trump 5G like I did, I have a question. Would you have the same reaction if at some point you’d heard Obama was planning the same thing? If you said yes, my next question would be…did you? Because the Obama administration pushed a remarkably similar idea back in 2010, and I personally don’t remember being even slightly concerned. That plan was called, fittingly enough, the National Broadband Plan and the goals it laid out weren’t all that different from what’s in the Trump plan.

Name a president with better taste in fonts. You cannot.

Now, can you guess how Republicans took to this proposal in 2010? To give you a rough idea, John Boehner at the time called it “a government takeover of the internet.” So, precisely what most people on the left thought when they heard Trump might be pushing a similar plan.

What’s frustrating about all of this is that we absolutely should be investing significant money in building our internet and telecommunications infrastructure. Both sides agree on that, but the rationale for why we need to do that is where the two plans start to go their separate ways.

The plan that was unveiled under the Obama administration focused mostly on the need to stay competitive with European and Asian nations that are already way ahead of us when it comes to internet technology and infrastructure. People who think way harder about these things than I or anyone reading this ever will totally agree. South Korea has the fastest internet in the world. That’s not hyperbole. It is the fastest. Damn near twice as fast as the best numbers we’re putting up in the United States these days, and that’s not meant to imply that we’re number two or anything. No, we’re way down the list.

Also, Lithuania has the fastest public wi-fi and it’s free for everyone. LITHUANIA! 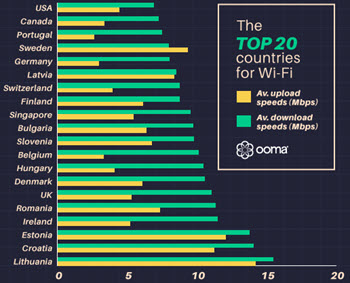 At least Canada sucks too!

As a card carrying member of the Ignorant American Party, I expect Lithuania to lead the world in … I don’t know … places where you can hunt kidnapped tourists for sport or something. I certainly don’t expect them to be dominating us in the internet technology game.

Meanwhile, the Trump rationale for needing a nationalized internet network is mostly based around the idea that we need to be protected from Chinese hackers. You know what? That could very well be true. That said, it also sounds like the kind of thing you’d hear in a movie, especially when it’s coming from the kind of administration we thought we’d only ever see in movies. In other words, for the average American, it’s a hard thing to relate to. Slow internet and a lack of available jobs in the “fixing our slow internet” field are things people can relate to. Chinese hackers infiltrating our nation by way of selling us on the merits of Huawei smartphones is not. 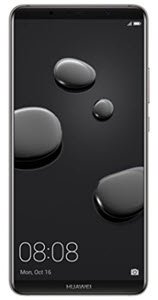 Please use my Amazon affiliate link if you decide to buy one, you traitor scum.

For a president who claims to be hellbent on creating jobs and restoring America’s standing as a leader in business and innovation, he’s missing a huge opportunity by not leading with the “jobs and infrastructure” argument here. Which is precisely why I don’t think a nationalized Trump network is a thing anyone in the Trump administration actually wants. The White House knows pretty much any argument for anything will fly with Trump’s base. He could say we need a nationalized 5G network because vampires are real and, just like that, a little under half the country now thinks vampires are real and that only a Trump Phone will keep them safe. That’s just the world we live in now.

Making the primary focus of the argument jobs and infrastructure, though, is the kind of thing that could rally bipartisan support which, in turn, could lead to this actually happening. You know who especially doesn’t want that? The telecommunications companies that own and operate the system we’re using now. That’s a thing I’ve intentionally left out up to this point…the alternative to a government backed effort to fix our telecommunications infrastructure is that we just kind of leave things in the hands of the same corporations that control that infrastructure right now. You know, the same ones who want net neutrality to be a thing of the past. 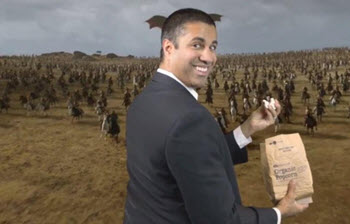 Is that better? Do we trust the Verizons and Comcasts of the world to usher in the changes needed to make us competitive in the field of global telecommunications in the future? Do we trust them to give everyone equal access to that technology if they make it happen? No, of course we don’t. Net neutrality wouldn’t even be a concern if we did.

On the flip side of that, obviously, is the question of whether we trust the Trump administration to do any of those things either? Again, for a lot of people in this country, the answer to that is a resounding “of course not,” and there’s that conundrum I mentioned earlier. Even when Trump borders on proposing something realistic and beneficial, the chances of getting the other side to agree or even consider it are pretty slim.

You might recognize that as being exactly how the country operated when Obama was in office also. Or Bush. Or Clinton. It’s all a lot of us have ever known when it comes to politics. “We’re good, they’re bad.” Even if we all agree more jobs and better internet access are good things, we’ll never actually agree on those things. Not at the same time anyway.

Trick question! It doesn’t actually matter. A nationalized high speed internet network would run the risk of making life for average Americans better at the expense of corporate profits. You’re fucking dreaming (or haven’t read up on the tax bill) if you think Trump has any tricks like that up his sleeve. The White House has already gone on record to say this is not something they’re considering, and I totally believe it.

I’m sure some people would argue that means we dodged a bullet, but what it really means is that all sides have agreed to keep things exactly as they are without even talking about it. For an administration as fiercely loyal to corporate interests as this one, that’s as close to an ideal outcome as it gets.